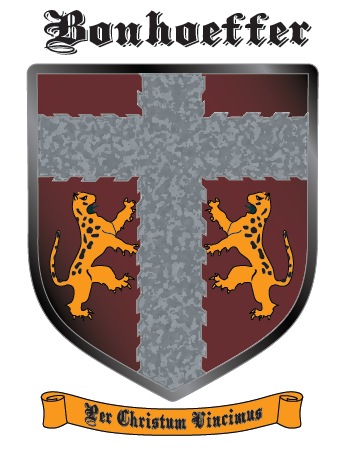 House Hero:  Dietrich Bonhoeffer was a German Lutheran Pastor and theologian who stood against Nazi Germany and Hitler himself during World War II.  He was the sixth of eight children in a very distinguished family that descended from highly-valued members of society.  He was well-educated, obtaining a doctorate in theology from Berlin University at the age of 21.  Bonhoeffer was one of few in Germany who saw the underlying maliciousness of Hitler.  Bonhoeffer helped to found a church called the Confessing Church which resisted Hitler’s attempts to make the Protestant church in Germany an arm of the Nazi party.  When he realized war was inevitable, he traveled to the United States to teach while he waited out the war. After only 26 days in New York he returned home, believing God had called him to stand with his people during the coming ordeal.  He served as a double-agent in the war and was part of an attempt to assassinate Hitler.  He was imprisoned and, ultimately, executed at a Nazi concentration camp 23 days before the Germans surrendered.

House Motto:  “Per Christum Vincimus”   “Through Christ We Conquer”

House Scripture: “Blessed is the man who remains steadfast under trial, for when he has stood the test he will receive the crown of life, which God has promised to those who love him.” – James 1:12

Quote:  “When Christ calls a man, he bids him come and die.” – Dietrich Bonhoeffer