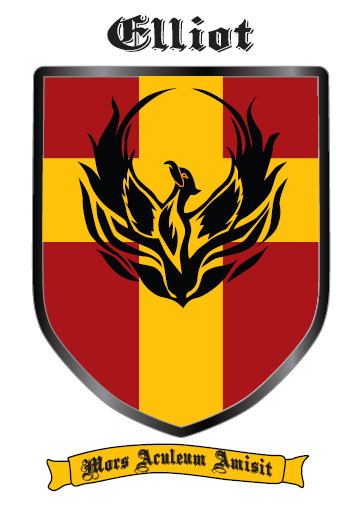 House Heroes:  Jim and Elisabeth Elliot were American missionaries to the Waodani people of Ecuador.  Jim was one of five missionaries killed while participating in Operation Auca, an attempt to evangelize this unreached tribe.  He was martyred at the age of 28.  After his death, Elisabeth and some of the other wives, showing God’s grace and forgiveness to the Auca people, went to live among the Auca tribe. Many of the tribe were led to Christ through the ministry of the missionaries’ wives.  Elisabeth Elliot became an influential speaker and writer of Christian books. Passion and Purity tells the story of Elisabeth and Jim’s courtship, and Through Gates of Splendor recounts the details of Jim Elliot’s mission and death.

House Scripture:  “When the perishable has been clothed with the imperishable, and the mortal with immortality, then the saying that is written will come true: ‘Death has been swallowed up in victory.’ ” – 1 Corinthians 15:54